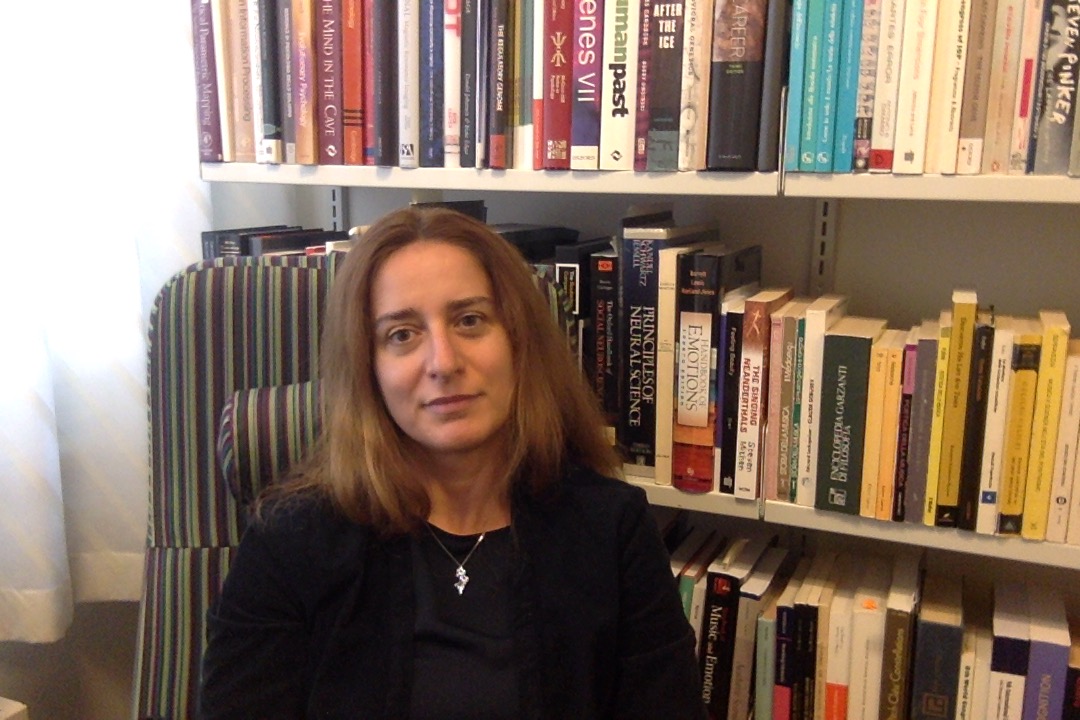 Professor Elvira Brattico, PhD, is Principal Investigator at the Center for Music in the Brain, a center of excellence funded by the Danish National Research Foundation and affiliated with the Department of Clinical Medicine at Aarhus University and The Royal Academy of Music Aarhus/Aalborg, Aarhus, Denmark. Moreover, in Finland she is Adjunct Professor ("Dosentti") of Biological Psychology at the University of Helsinki and of Music Neuroscience at the University of Jyväskylä. She has a background as classical concert pianist in Italy and holds a PhD in Cognitive Neuroscience and Brain Research Methods from the University of Helsinki (2007). During her academic career, she has published more than 140 scientific papers, including 2 books and several invited book chapters (e.g., Oxford University Press, Routledge). In her research, she is a recognized world pioneer in music research, particularly with regards to naturalistic music neuroscience combining MIR with brain signal. Moreover, she is a leader in music neuroaesthetics and neuroplasticity studies, as witnessed by her keynote addresses in several international conferences, associate editor appointments (e.g., Frontiers, Psychomusicology, PLOS ONE), and board membership of international scientific societies (e.g., International Association for Empirical Aesthetics, ESCOM Italy, Neuromusic) and training networks (Auditory Neuroscience, CICERO Learning). She also has wide experience with supervision and teaching having given several courses on experimental musicology, cognitive neuroscience, emotions, neurophysiology and brain research methods in Finland, Denmark, Italy and Spain. In her personal life, Prof Brattico enacts diversity and multiculturalism, having crossed disciplines (from a background in humanities to neuroscience research), countries (from Southern Italy to Nordic countries) and cultures. She is married to a Finn and is mother to 3 school-age children, fluent speakers of 4 languages. She is passionate for nature and culture, and strives to foster these passions in the young generations. 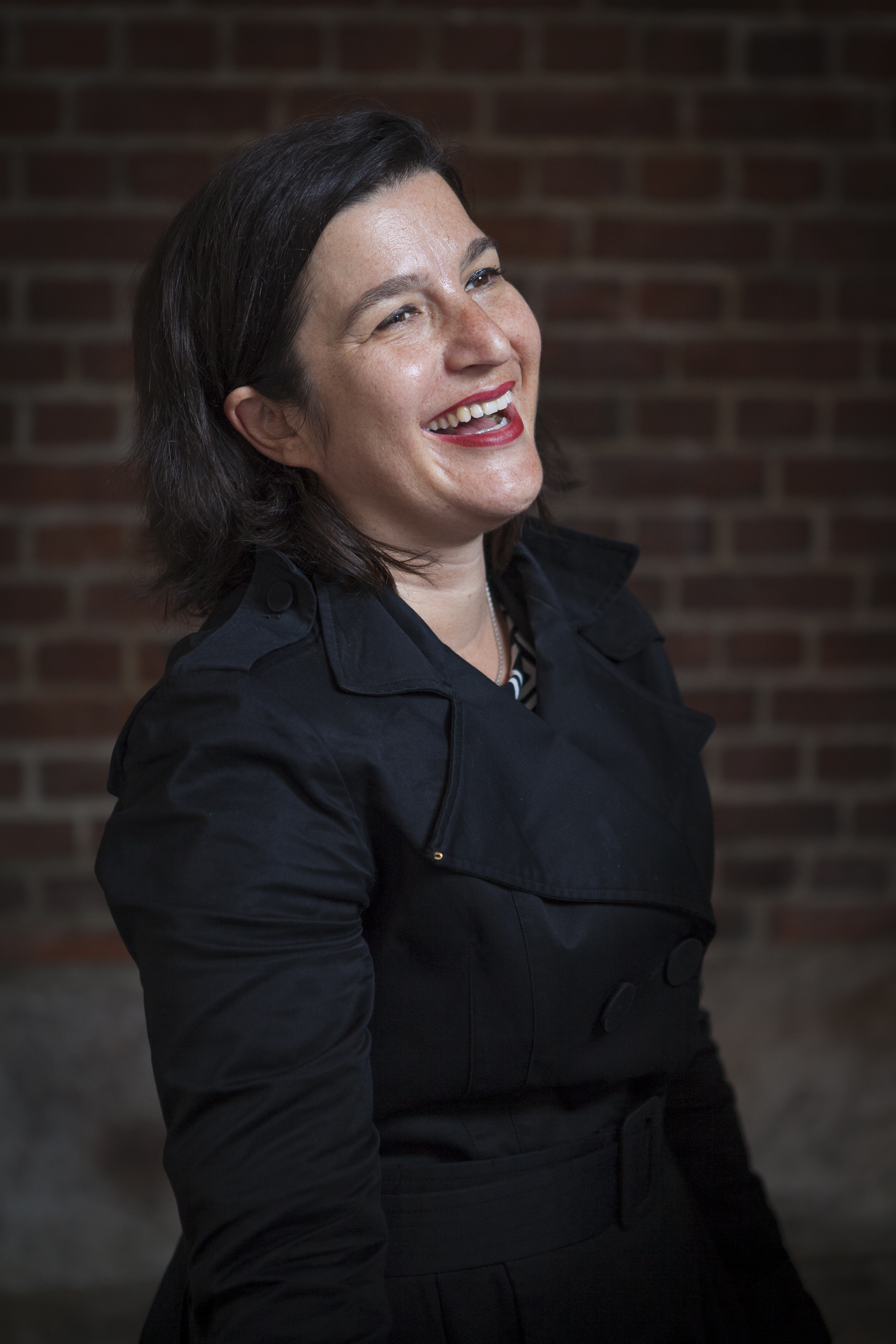 Professor Stefania Serafin has special responsibilities in sound in multimodal environments at Aalborg University in Copenhagen. She has been Associate Professor (2006-2012), and Assistant Professor (2003-2006) at Aalborg University Copenhagen. She received a Ph.D. in Computer-Based Music Theory and Acoustics from Stanford University in 2004, and a Master in Acoustics, Computer Science and Signal Processing Applied to Music from IRCAM (Paris) in 1997. She is the president of the Sound and Music Computing Association and project leader for the Nordic Sound and Music Computing Network. Her main research interest is sonic interaction design. Stefania has a 10 years old daughter who is half danish and half Italian who has a beautiful voice and sings in the children choir of the Danish radio. 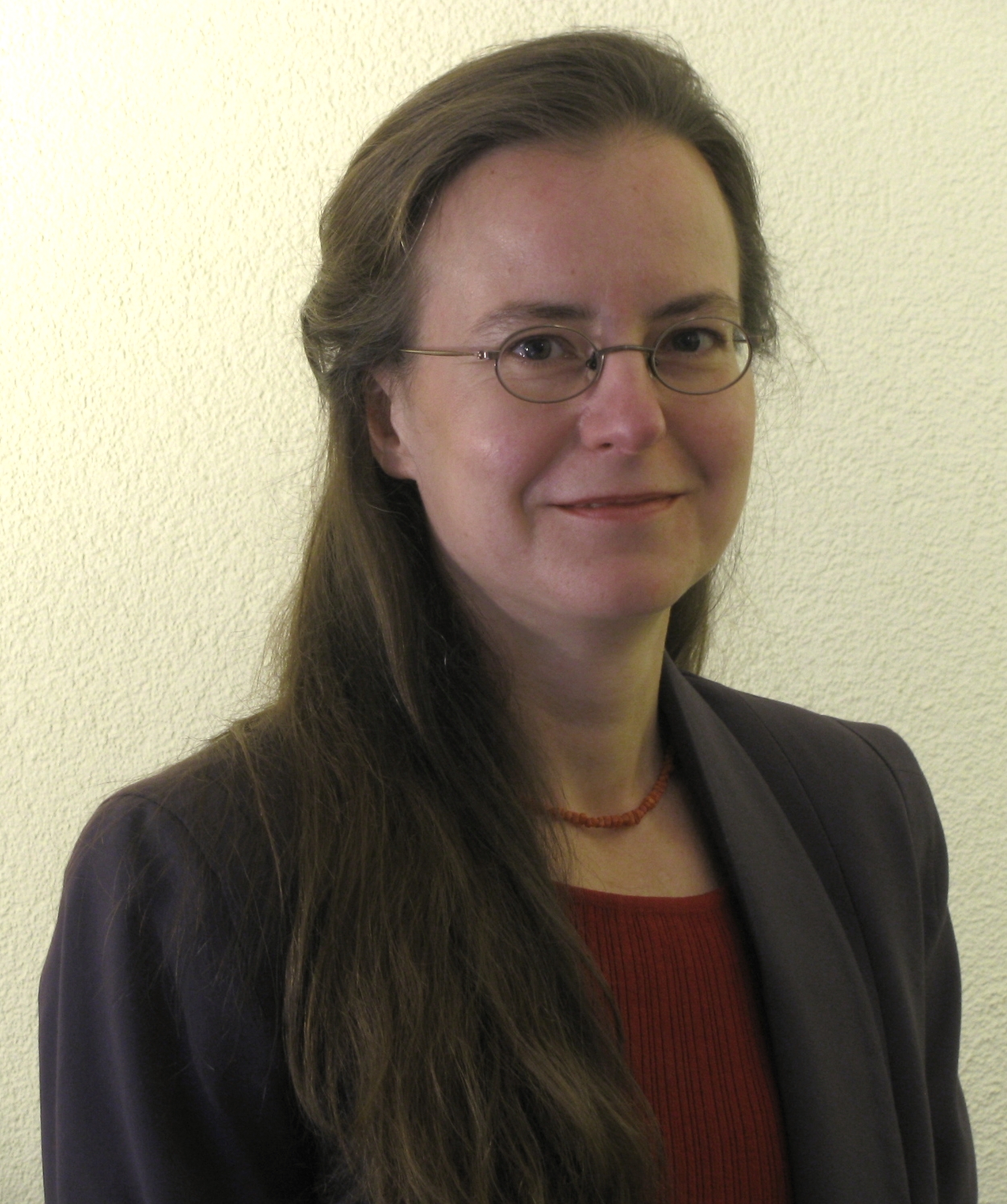 Anja Volk (MA, MSc, PhD), Assistant Professor in Information and Computing Sciences (Utrecht University) has a dual background in mathematics and musicology which she applies to cross-disciplinary approaches to music. She has an international reputation in the areas of music information retrieval (MIR), computational musicology, and mathematical music theory. Her work has helped bridge the gap between scientific and humanistic approaches while working in interdisciplinary research teams in Germany, the USA and the Netherlands. In 2011, she started her own research group at Utrecht University at the intersection of MIR, musicology and cognition. Her research aims at enhancing our understanding of music as a fundamental human trait while applying these insights for developing music technologies that offer new ways of interacting with music. Anja has given numerous invited talks worldwide and held editorships in leading journals, including the Journal of New Music Research and Musicae Scientiae. She has co-founded several international initiatives, most notably the International Society for Mathematics and Computation in Music (SMCM), the flagship journal of the International Society for Music Information Retrieval (TISMIR), and the Women in MIR (WIMIR) mentoring program, which organizes yearly mentoring rounds with participants from academia and industry, in order to foster greater diversity in MIR. Anja's commitment to diversity and inclusion was recognized with the Westerdijk Award in 2018 from Utrecht University. She is also committed to connecting different research communities and providing interdisciplinary education for the next generation through the organization of international workshops, such as the Lorentz Center in Leiden workshops on music similarity (2015), computational ethnomusicology (2017) and music, computing, and health (2019). 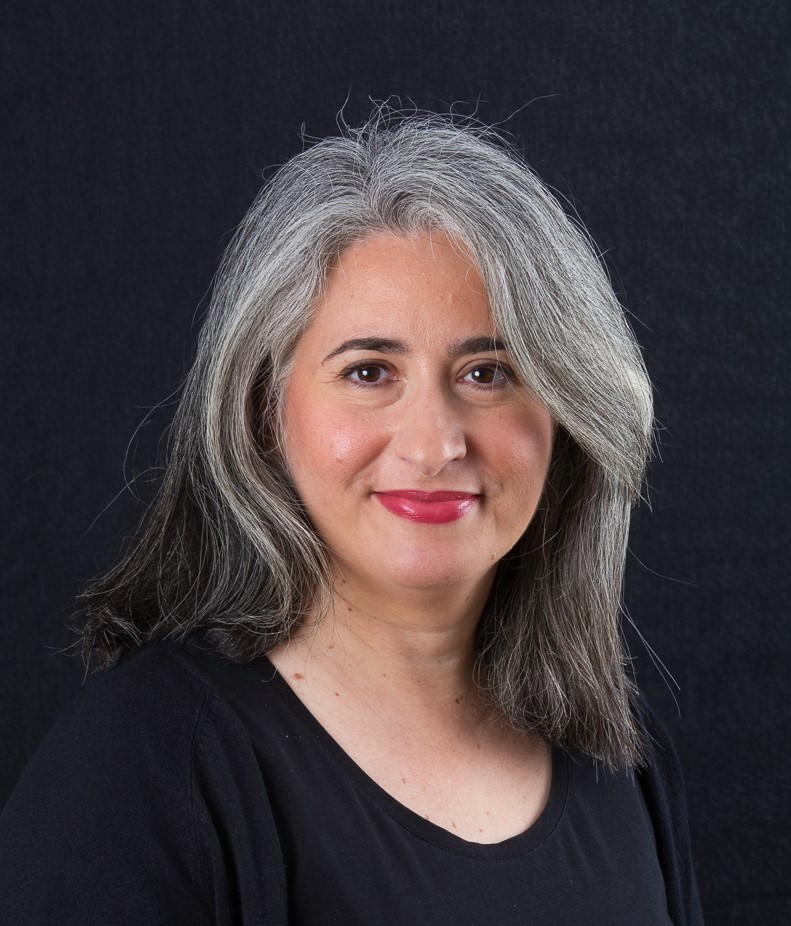 Ana Rivera Ana Rivera, Telecommunication Engineer from University of Malaga. She started her studies in 1988 and in 1994 she begun her professional career at CETECOM, a company from Malaga located at the Andalucia Technology Park (PTA), working in the Electromagnetic Compatibility Laboratory. In 2000, she became part of the R&D team of that company, renamed then AT4 Wireless. There, she developed several RF measurement systems for different mobile communication technologies: Bluetooth, Wimax, 3G and 4G. During that period, she performed diverse functions from project manager to head of the System Division. In 2012, after a process in which part of AT4 wireless was bought by Agilent, later Keysight, she became part of the WDO division where she currently works in the Program Office for the development of 5G technology projects. Ana is the mother of two girls and she is passionate about the world of productivity, innovation and creativity. She likes to share her free time among multiple hobbies like the design of agendas and organization and planning. She loves reading, writing and drawing. 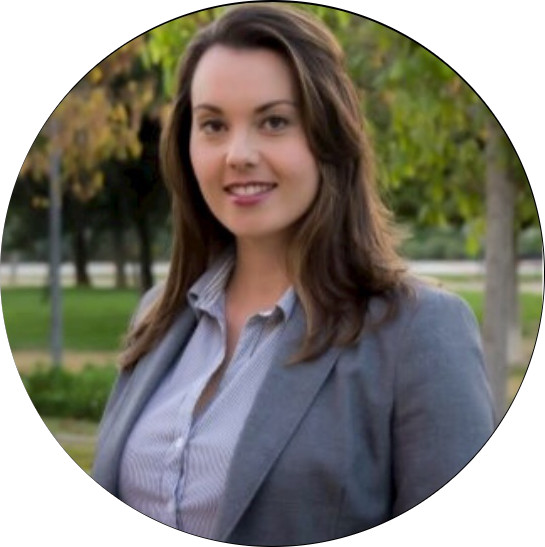 Gema Mart&iacuten, PhD. Gema Mart&iacuten holds a Mathematics Degree, a Software Engineer PhD. and Master Degrees in different areas: Technological and Innovative Entrepreneurs Master, Software Engineering and Artificial Intelligence Master, Social Networks Master and Higher Educational Teaching Master. She has 13 years of experience in R&D Management in multiple sectors. She has worked as a Research Group Coordinator for 4 years in the Andalusian Center for Innovation and Information and Communication Technologies. She has worked as a R&D Manager for 4 years in an innovative SME in the Education sector, where she also led all the departments that were located in the M&aacutelaga company's headquarters. She has been a Professor at the European University. Currently, she holds the position of R&D Manager at AGANOVA. Personally, she is married and has a baby boy. 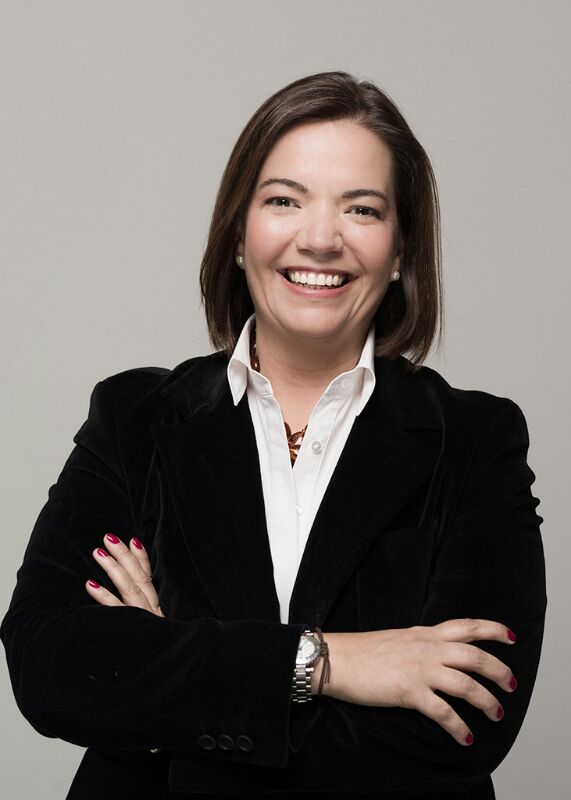 Ana Pedraz. Ana Pedraz, Snr Manager Solutions Engineer Iberia - Oracle, She started her career in IT as a systems analyst in the UK in 1992, working for Brittany Ferries'IT department in Plymouth, UK. In 1998, she joined Digital Equipment Corporation (DEC) to manage their European Unix Systems. Within 3 years and after the DEC to Compaq and Compaq to Hewlett Packard acquisition, she started her career in Management, first looking after the Service delivered by HP to companies like Nestle and Sara Lee International in the EMEA South regions. After close to 17 years living in the UK, in 2009, she returned to Spain and continued working on her Services Management career, working in several countries until 2017 when she joined Oracle in Malaga to manage the Solutions Engineering department for Spain and Portugal. In her spare time, she leads the Oracle Woman Leadership community and coaches their interns thru an innovation program.